Munich A Ladies vs. Heidelberg

This past Saturday, March 4, 2017, our Munich A Ladies opened up the season against Heidelberg, clinching a well-earned 18-3 win!

The energy was dynamic and intense from the start as the team used the game as an opportunity to become more familiar and well-versed with the strategies that have been worked on in the off season. Heidelberg gave our Ladies good competition and attacked the field with speed and determination.

Kim Dressendörfer lead the score board with four goals for Munich followed by Laura Koschorek , Tessa Helf and Katharina Strohrmann  with three points apiece. Lauren Goerz and Nora Salzmann added to the score with two points each. Ricarda Gräber contributed one to the net for a combined total of 18 goals.

As the next opportunity to compete will not be until the Czech-German Cup on April 1-2, 2017, our Munich A Ladies will spend the upcoming weeks continuing to iron out the wrinkles and work toward perfecting as many game tactics as possible. 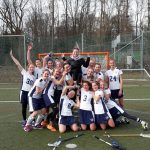 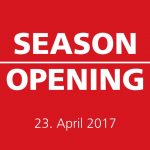